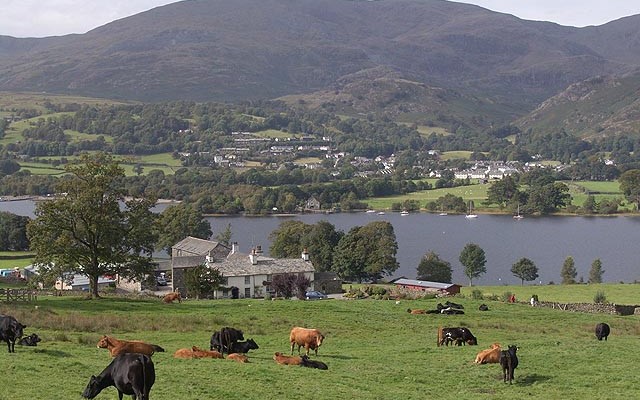 Coniston is a village and civil parish in the Furness region of Cumbria, England. It is located in the southern part of the Lake District National Park, between Coniston Water, the third longest lake in the Lake District, and Coniston Old Man; about 18 miles (29 km) north east of Barrow-in-Furness. Coniston is a popular spot for hill-walking and rock-climbing; there are fine walks to be had on the nearby Furness Fells and Grizedale Forest, and some of the finest rock in the Lake District on the eastern face of Dow Crag, 3 miles (4.8 km) from the village.At five miles long, and with a maximum depth of 184 feet, Coniston Water is the third largest of the lakes. It provided an important fish source for the monks of Furness Abbey who owned the lake and much of the surrounding land in the 13th and 14th Centuries. More recently Coniston Water was used to transport slate and ore from the many mines worked in the Coppermines Valley above Coniston village. It has three small islands, all owned by the National Trust.